The Museum is temporarily closed for sanitary measures against Covid-19

The biggest dinosaur
in the world at MEF

This dinosaur is the key piece to explain the gigantism in the titanosaurs of Patagonia. The more than 180 bones found in excellent state of preservation crown it as one of the most relevant paleontological discoveries.

In early 2013, a team of MEF researchers -on a routine field trip- unearthed the remains of a giant titanosaur.

With more than 8 meters high, a length of 40 meters and about 74 tons of estimated weight, it turned out to be the largest known creature that has walked on Earth.

This exceptional discovery not only stands out for the size and quantity of fossils found, but also for its unusual state of preservation.

No less than seven colossal herbivorous dinosaurs were found in a single site in the Province of Chubut (Argentina). The finding surprised scientists around the world who, until now, only knew the anatomy of these giants based on rather poor remains of few species.

This dinosaur put the MEF in the international scientific window.

Thus, the BBC in London proposed to the Egidio Feruglio Foundation the filming of a documentary conducted by the renowned naturalist and documentary filmmaker Sir David Attenborough, about this amazing discovery and the natural wealth of Argentine Patagonia.

The British film crew accompanied in successive field campaigns the scientific and technical area of the MEF during two years. They recorded the arduous tasks of excavation, transfer, preparation, restoration and 3D scanning of each of the more than 180 fossils found.

The documentary, titled “Attemborough and the giant dinosaur” premiered on BBC 1 on January 17, 2016 for all of Europe, reaching a record audience of 8 million viewers on the
night of the premiere.

Patagotitan fossils were 3D scanned, processed and printed on a large 3D printer. This process makes possible to take an exact replica of this wonderful discovery and share it with other museums and science centers in the world.

The MEF is a pioneer in the development of technology applied to the casting and assembly of scientific sets.

Currently, the Technology Department is being developed as part of the Exhibition Management, where 3D processes, digital audio & video and User Experiences (UX) are being under research.

> If you want to know more about museum services, click here.

> Do you want to be part of our Tech team? Send your references: info@mef.org.ar.

American Museum of Natural History, Nueva York
One of the most prestigious natural science museums, the AMNH, through a collaboration agreement with the MEF, exhibits a replica of the giant dinosaur discovered by the scientific team of our museum.

This replica is nowadays in one of the main attractions of the PaleoVertebrate Exhibition at the AMNH facilities in New York.
The exhibition of this dinosaur has given rise to new projects and work agreements between both museums.

Field Museum of Natural History, Chicago
Attracted by the success of the new exhibition in New York, the Field Museum’s exhibition team proposed to MEF the exclusive design and display of a giant Titanosaur replica to be installed in its Central Hall. This specimen, designed and manufactured entirely in Trelew, has been exhibited in Chicago since May 2018. Chicagoans named it Máximo!

A new MEF for
Patagotitan

Because of the huge size of this dinosaur, only a few fossils can be exhibited in MEF’s current facilities.

Patagotitan doesn’t fit in MEF building!
That is why, the discovery of this Titanosaur was the kick off event that lead to the expansion project.

The MEF will triple its Exhibitions, Collection and Research areas and its new central nave is designed to house the Patagotitan, accompanied by 13 new dinosaurs from Patagonia. 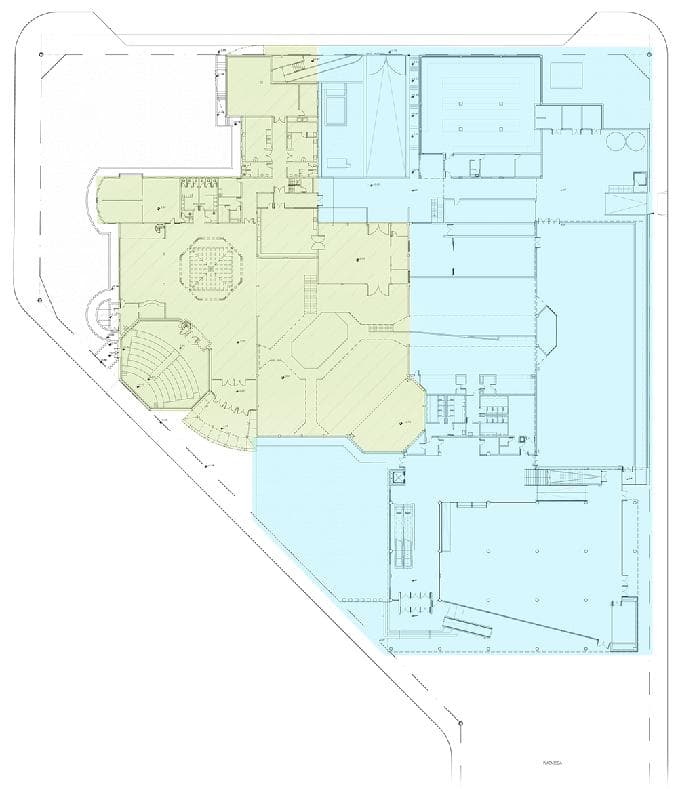 While the new MEF is being built, the replica of Patagotitan embarks on a new journey around the world as part of the new MEF Traveling Exhibition.