A vision for a new type of museum

Patagonia. Privileged territory, with abundance and variety of paleontological deposits comparable to the large deposits of Gobi (China) or Alberta (Canada). Unmissable destination for research field trips for scientifics around the world and home of findings that defy the imagination.

In this context it was born in the community the need to protect and conserve this extraordinary fossil richness and keep it in their home for generations. This is how is born in the city of Trelew, in 1988, the Paleontological Museum Egidio Feruglio. Since then, the MEF and its research and teaching programs have grown both in quantity and in quality. Its story reveals a sustained effort of creativity and initiative to carry out its mission. 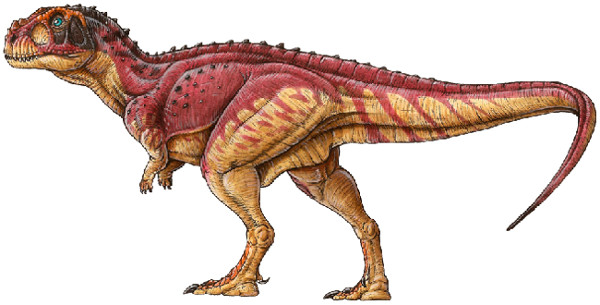 The Museum opened its doors on December 28, 1990 in a modest house: an old furniture retail store of 700 square meters.

It worked only three people, the director, a paleontological technician and an administrative employee.

But the interest of scientists and neighbors make possible a sustained growth of the new museum. They had a great desire to stimulate and developed research in the region!

In the search for new resources that enable the achievement of this new objectives, in 1990, the Egidio Feruglio Foundation was born. The Foundation, together with the National Council of Scientific and Technical Research (CONICET) and the Municipality of Trelew, constitute the institutional support of the MEF, with a non-government organization management.

Soon after, the Provincial Tourism Authority declares “Provincial Tourist Interest” the new museum and an agreement authorizing the MEF to develop prospecting, extraction, recovery and touristic value of the paleontological heritage of the Province of Chubut was signed.

Since then, the work of its researchers placed the MEF as a leader in the field of Paleontology in Patagonia. Also it achieves a sustained international recognition, shown in numerous research agreements with prestigious institutions, such as: